There Is No Year


The gospel/post-punk power quartet (& our previous Album Of The Year awardees) return with a predictably exceptional third outing that sculpts a sinewy exhibition of industrial rhythm & blues monuments.

'There is No Year' solidifies and expands upon the doom-laden soul of their foundation, toward an even more epic, genre-reformatting sound, one somehow suspended in the amber of “a different era,” as described by guitarist Lee Tesche. “algiers’ roiling noise is both heavy and timely […] its towering anthems and sinewy grooves indicate a band hungry for the wide-open spaces” 4/5 – mojo.

Kevin says: "I love the energy on this record. The subject matter takes you to other times & places & feels strangely prophetic at times. Despite the title, it's very much an album for this year".

Ian says: 'Hyped for their show at Chalk - one of the best live bands around at the moment and they have been getting better and better with every album!' 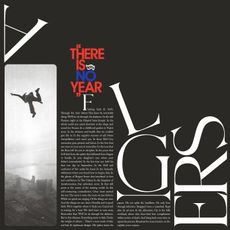