Best known as key members of folk and jazz influenced minimalists Mammal Hands, the brothers Smart (Nick & Jordan) take inspiration from the likes of Jon Hopkins, Rival Consoles, Moderat and Nils Frahm as well as their own music world and deploy it to dazzling effect on their debut LP as Sunda Arc. Mingling electronic and acoustic sounds until they become almost indistinguishable from each other, “Tides” draws on myriad electronic genres, such as UK dubstep, techno, and industrial music, resulting in a record that can wallop with the best of them whilst also piercing everything with a bold streak of searing light. “an incredibly well-crafted, detailed and wonderfully minimalist record, full of meticulous gestures and an ever-shifting palette of complex sounds.” – Further.

Natasha says: We declared this Album Of The Week before we’d even got to the end of the album because everyone in the room had become instantly absorbed. It stays solid throughout and it’s not left me since. Bathe in these expansive waves of deep electronic-industrial-neo classical-jazz-techno & let go….

Jamie says: “Gondwana are such a good label. Trust in their releases. I can’t actually decide if this is a dark or light album though! It’s Jazz, it’s Ambient, it’s gritty & bright. It’s just something I think you should hear.” 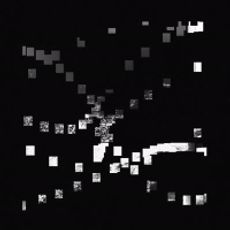