‘The Natural’ is the stunning soundtrack film score to the film of the same title.

The score is revered amongst film music fans demonstrating influence from the likes of Copland and Bernstein and utilising Leitmotif throughout portraying an almost Wagnerian influence. The main theme is instantly recognisable and proves Randy Newman’s ability to create a moving and sublime musical accompaniment to an equally beautiful film. 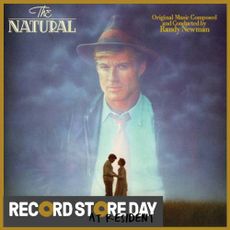