Monoshock was one of THE best bands of the 90s and if they were from Seattle and not Illa Vista & Oakland, California you would already know that.

During their six years they released a handful of 7"s, served as a backing band for Von Lmo, and created one of the classic psych albums of all time, Walk to the Fire. In the last few years they received praise from around the globe, raved up by Julian Cope as one of the great unknown bands of the 90s and cited as an influence by current heavy faves, Comets on Fire, as well as a whole slew of Japanese psych bands. Monoshock is fuzz-fuel, wah-wah damaged, riff-crazed punk rock which draws in Hawkwind, the Stooges, Simply Saucer, and other psych-punk gods. This double LP collects all their 7"s and comp tracks together with 7 previously unreleased tunes and two songs from their ultra-rare 1989 demo tape and 2 added digi bonus Live tracks from their reunion shows. Fans will be overjoyed. Virgins will become fans. The band's stellar Walk to the Fire has been acknowledged as one of the classic psych albums of all time. 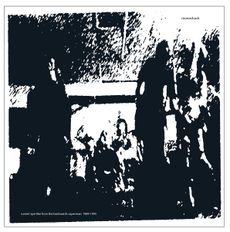