“ The first full length solo record of ULNA, aka Adam Schubert of Cafe Racer, OEA is an ode to reinvention. Along with the release comes a rebranding--formerly Ruins, Shubert’s new pseudonym ULNA is a reference to a pivotal moment in his childhood. At the age of 14, Schubert shattered the bone on the inside of his forearm in a skating accident, and took up the guitar. “That’s what made me serious about playing music,” says Schubert. This name change also accompanied Schubert’s shift towards sobriety--OEA was created right as Schubert reconfigured his life without drugs or alcohol. With the exception of the final track, “Dead Friends,” the whole album was written while in a recovery program. “You have to reinvent your whole personality, you have to be a different person,” says Schubert. ”Who am I if I’m not the crazy drunk dude who’s doing drugs in the bathroom?” OEA is an intensely personal record, in subject matter but also quite literally--Schubert plays every instrument, though the record feels far from a home-demo, recorded and mastered by Robby Hanes at Strange Magic Recording in Chicago’s Logan Square. Schubert’s songs are ambling and full of picked guitar and retro harmonies, a stylistic sensibility he attributes to a love for the Beatles and “acoustic rock with a weird punk edge,” a-la Big Thief and Kurt Vile. Though instrumentally sunny, his vocals hint at something else - there’s an underlying ache. OEA is an easy listen, but with a depth of emotion that demands listeners’ attention. OEA explores the range of emotions experienced in the transition to sobriety, from fear to backslide to self doubt. At first listen, “Turn The Record On” feels almost like a love song, with a chorus of “turn the record on/ you’re my favorite song,” but in actuality the song is the story of an empty encounter rather than romance. “It’s kind of about this sad hookup with someone else who is equal in your addiction, you’re just using each other because you don’t want to be alone in your using,” says Schubert. “We both have this problem and we can have fun in it together because we both understand. They know the score.” While “Turn The Record On” speaks to a moment of shared addiction, other tracks examine what comes after sobriety. “And I took the pill like I should / and I stayed clean just like I said I would,” begins “Last Song,” which Schubert cites as one of the hardest tracks to write. “I got sober and I take medication and - I’m doing all this stuff now but nothing’s changed,” says Schubert. “ I think that’s pretty common in people who get sober. I did all this stuff and now what?” The penultimate track on the album, “Last Song” fades into a noisy interlude that gives listeners the feeling of motion, like entering a tunnel and emerging into a quieter, lo-fi recording, the closing track “Dead Friends.” The only non-studio track, “Dead Friends” was recorded in Schubert’s home, and carries with it a warm intimacy. “I wanted it to sound like you’re outside somewhere, you're walking, and you step inside somewhere that feels safe,” says Schubert. This closing track embodies the mood of OEA- warm but with a melancholy edge, like coming in from the cold but still feeling a lingering chill. It’s an album that feels comfortable and cohesive--though individual tracks stand alone, OEA works best when listened through start to finish. It’s a record to put on while cooking dinner and let sink in. 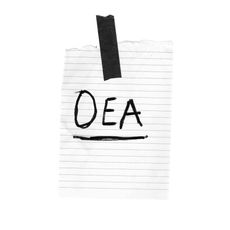