The band often cites Cocteau Twins, Spiritualized, and Slowdive as direct influences. In September 2004 the mini-album Folly arrived, preceded by the featured single “Come In Out Of The Rain” a week prior. The mini-album also featured a cover of Tim Hardin’s “If I Were A Carpenter”. Exclusively for Record Store Day, Folly is available as a 10” for the first time. This mini-album is available as a limited edition of 1000 individually numbered copies on solid white coloured vinyl. 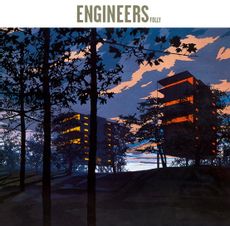