Originally released in 1982, Rock In A Hard Place is the only album in Aerosmith history to not include guitarist Joe Perry. The band still created world-class rock as evidenced in the title track as well as “Prelude to Joanie,” “Lightning Strikes,” “Jailbait,” “Bitch’s Brew,” and “Bolivian Ragamuffin.” 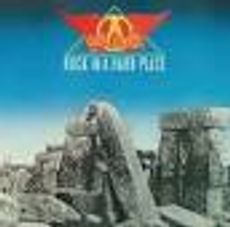