‘Springsteen on Broadway’ is a concert residency by Bruce Springsteen being held at the Walter Kerr Theatre in New York City.

The residency consists of Springsteen performing five shows a week, Tuesday through Saturday. Preview performances began on October 3, 2017 followed by the official opening on October 12, 2017. Here’s the album-of-the-shows. Needless to say, this is big. 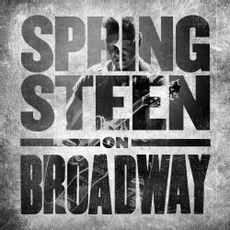