As fresh, vibrant and relevant as the day it was released, ‘fox base alpha’ marks 25 years since release with a welcome reissue.

Often hailed as one of the most important DIY albums of all time, it became the first long player released on fledgling Heavenly Recordings in 1991 and went on to be nominated alongside ‘Screamadelica’ in the first ever Mercury Music Prize in 1992. “versatile pop genius” 8.7- best new reissue - pitchfork 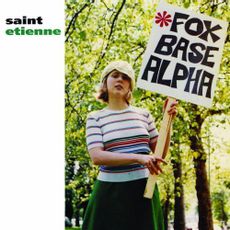