This 2CD remastered deluxe edition contains ‘Fairfax High’ in its entirety – never before released on its own - as well as a number of other rare and unreleased tracks.

‘Good Humor’ is Saint Etienne’s fourth album released in 1998. The record was a departure for the group, who had been associated with the Indie Dance genre. ‘Tiger Bay’, their previous album, had added many acoustic and orchestral elements but still belonged to the synthpop and dance genres, while ‘Good Humor’ is more acoustic. ‘Good Humor’ was demoed in the UK using synths and drum machines but was recorded in Sweden under the guidance of Tore Johansson, who augmented their sound with a full band and a horn section. 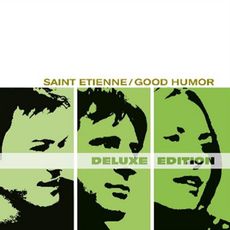