now including a version of 'ride a white swan' specially recorded for top of the pops among its bonus tracks, the 't rex' album reveals another side to bolan’s so-called instant success.

in many ways, this is the quintessential bolan album, the last to be made before his entire life was swallowed up by superstardom, but the first to begin imagining what that could be like. despite the electrifying rock’n’roll of 'jewel', 'is it love?' & neo-bubblegum 'beltane walk', there’s a surprising sweetness to much of the album, with songs such as 'the visit' & 'seagull woman' likely inspired by new wife june. it’s little wonder that many aficionados, morrissey among them, regard t. rex as the best-kept secret in the marc bolan catalogue. 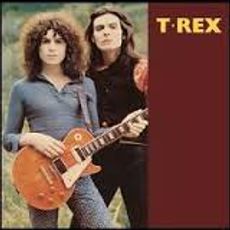