A Recording at the Cockpit Theatre Marylebone, London 8th December 1971.

This recording features the original live broadcast of the UK television ‘Music in The Round’ program,shown only within the London area on 8th December 1971. The networked version everyone is familiar with was not aired until April 1972, by which time the content had been radically altered. The original broadcast ran way over schedule, only two songs were performed, along with a longer interview between Marc and presenter Humphrey Burton,chat with the audience as well as a demonstration by Marc of his guitar effects pedals and amps. This version has remained out of the public domain since 1971 . . . All royalties go to Light of Love Foundation, Gloria Jones, Rolan Bolan-The Marc Bolan School of Music & Film. 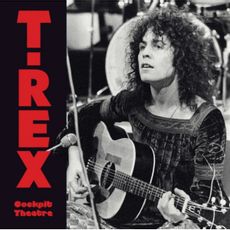