this show Captures the band at the very pinnacle of their fame, featuring the hits ‘Ride A White Swan’, ‘Jeepster’, ‘Hot Love’ , ‘Get It On’, ‘Debora’.

‘Metal Guru’ was No.1 In the singles chart (the second single of the year and the second No.1) and the classic album ‘The Slider’ was scheduled for release the following month. Here was a band at the very top of their game …. 45 years on from that very concert in Manchester (16th june 1972), this double live album features some of their best performances from that and the previous year captured on Marc’s very own reels of tape. 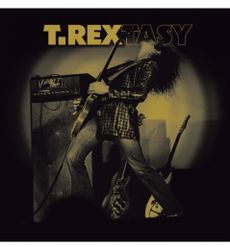