Preceded by some of Bolan’s most fondly remembered singles, “Children Of The Revolution”, “Solid Gold Easy Action” and the classic “20th Century Boy”, 1973’s Tanx was the first T.

Rex album to make full use of the ever expanding range of studio gadgets. And while the album represented a new musical departure, several tracks maintained a direct link to the old sound. The album reached number 4 in the UK album charts and has gone on to influence numerous musicians from Suede to Depeche Mode’s Martin Gore. This edition includes the complete album remastered by producer Tony Visconti and Ted Jensen. 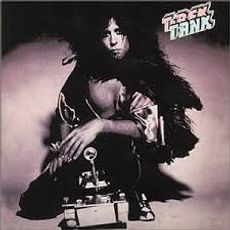