pressure drop : the best of


Collecting the best of his work from the late sixties through to the early eighties, ‘Pressure Drop’ illustrates the versatility & enduring appeal of a true Jamaican legend.

Rivalling Jimmy Cliff as the world’s most popular living Foundation Reggae artist, Toots Hibbert has remained at the forefront of his profession for almost half a century, enjoying success in a variety of styles, from Ska to Dancehall. Yet despite the popularity of his music, many of his most important works from the seventies have remained unissued on CD – until now. these are some of the most dynamic Reggae sounds ever to see release. 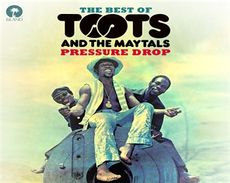