The Wailing Souls are major contributors of classic roots reggae hits in the VP/Greensleeves catalogue, and now they're back with the new single "Shark Attack.

" European reggae star Alborosie is featured on this re-make of the 1992 hit. The 7 inch/ digital singles are the lead off for the Wailing Souls upcoming album "Back A Yard," their first recoding in Jamaica since the late 1980s, their first album on the Greensleeves album since that era and their first project produced by label-mate Alborosie. 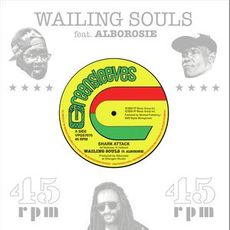