The new album is an 80 minute, 17 track double album meditation on impermanence and endings, framed by minimalistic organ études and careful harmonic layering, with two tracks featuring the artist’s own vocals for the first time.

This is the first release on the artist’s own label, Late Music, which has been set up with the partner labels division of Warp Records, who also work with Duophonic UHF Disks (Stereolab), Ndeya (Jon Hassell), All Saints Records (Brian Eno, Harold Budd, Laraaji) and more. Below is commentary from Davachi about the concepts, recording and instrumentation of the new album: The title of the record – Cantus, Descant – has both literal and metaphorical meaning and, in a way, this is something like a concept album that addresses the relationship between the two. In medieval music, the Latin ‘cantus’ was used as a general term for unadorned singing or chant and by the end of the Middle Ages it came to represent the highest voice of a polyphonic choral texture, often improvised. ‘Descant’, at that time, was used in part to denote the structures of polyphony and counterpoint, the harmonious play of two or more voices against one another. Harmony is a musical device that is particularly meaningful to the material on this album, especially in the “Stations I-V” series and its use of a sixteenth-century meantone temperament, but the inherent dialogue that persists between the individual (the cantus) and the larger time and space that it occupies (the descant) came to inhabit a more significant presence in the ideas and feelings that inform the album as well. In this way, the album takes solace in a suspension of the private within the collective, and the moment within the mythic. I spent a lot of time while working on this album thinking about impermanence and endings, which led me to change my understanding of vanitas and memento mori. These concepts arise allegorically across classical antiquity and Buddhist thought, among many other sources, but they were most obsessively expressed during the Renaissance in still lives and miniatures that contrasted the simultaneous passing and stillness of time. My interpretation is completely secular, softer, and more benign, but the awareness of a moment’s feeling remains. There’s a lot of symbolist imagery in the work titles, references to place and nature; the “Stations” series in particular is a reconfiguring of the idea of states of being. The pervading affect on the album is one that gives reverence to the suspension, the epoché, a space where we welcome and attempt to reconcile impermanence. It is an opportunity to go inside – oneself, one’s sound – in order to simultaneously commune with our comforts and that which we mourn, perhaps not unlike the function of a hymn. 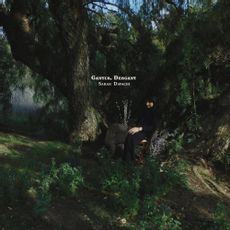