Part of Fire’s ongoing series of re-imagined soundtracks, Following on from Fenella, Jane Weaver’s score for Marcell Jankovics’ ‘Feherlofia’, and Death and Vanilla’s reworking of ‘The Tenant’ and ‘Vampyr’.

A specially recorded soundtrack for Alfred Hitchcock’s legendary Ripper-based drama by multi-award-winning composer Graham Reynolds (Where Do You Go, Bernadette/A Scanner Darkly). ‘The Lodger’ – based on Marie Belloc Lowndes’ 1913 novel with a nod to the infamous Jack The Ripper case – set many hearts racing when visiting the East End of London and an unexpected fog descended. The drama was afoot, and the tension has been further escalated with a re-imagined score by multi award-winning composer, bandleader, and innovative improvisor, Graham Reynolds. This tale of murder and suspense set on the streets of terrorised London is eerily completed as Reynolds’ sweeps from light to dark; it’s playful in places, haunting, a tease – like Hitchcock at his best. Nowhere is safe, even the seemingly innocuous ‘Police Station’ which is accompanied by a brooding piece of maniacal piano that underpins a gloriously evocative theme; a haunting and suggestive muse that stutters with tension. It’s another Reynolds’ master stroke on the heels of his score for Richard Linklater’s ‘Where Do You Go, Bernadette’, his work on Ballet Austin’s ‘Grimm Tales’ and his contribution to ‘The Sound Of Science’, a multimedia collaboration with Kronos Quartet’s former cellist Jeffery Zeigler. “The quintessential modern composer” London Independent “Rich and inventive” Variety “A rare talent” Popmatters 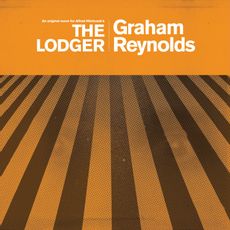