Max Richter’s ground-breaking soundtrack score for Waltz with Bashir (2008) is as provocative and powerfully intense as the searing images of a film that confronted audiences with lasting lessons in recent history and the psychology of trauma.His music moved millions worldwide, earned him the European Film Award (2008) for Best Composer and contributed significantly to his stellar rise on the contemporary scene as well as gaining world-wide exposure and acclaim. Ari Folman’s animated anti-war documentary Waltz with Bashir was premiered at the 61. Cannes Film Festival and praised by critics globally – please see examples for critical acclaim below. Alongside numerous award nominations including Oscar & BAFTA Waltz with Bashir won the Golden Globe & César Awards for Best Foreign Language Film in 2009.The score will now also be released for the first time on vinyl (180g). 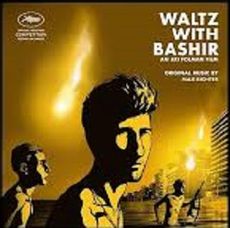