Originally delivered as a CD addendum to limited edition copies of ‘Going Places’, its four parts still stand tall on their own 10 years later, marking some of the project’s most scorched-earth sensations in billowing widescreen, with an elemental dynamic that leaves us weatherbeaten and eviscerated but somehow refreshed with every listen. It’s the sort of collection that demands rapt attention and rewards with head-swallowing effect. Like a sonic rendering of the hour after death of their project, the duo appear to expend all their final energies in an almighty black hole collapse of noise and metal viciousness and meditative maximalism that must be experienced in the flesh for optimal effect. From the yawning cosmic jaws of ‘Foil’ with its howling guitars and vocals descending into stygian slow techno, to the gutted shoegaze glumness of ‘Comedy Hypnosis’, to the album’s beautifully worn-out highlight ‘Public Space’, and their summoning of knives-out noise blizzard with ‘Inhabitants’, you’re in the presence of truly mighty, life-affirming material that should rank among your finest American noise sides of the 21st Century. 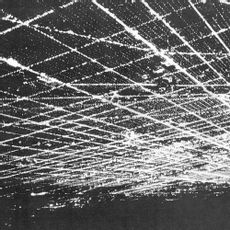