A REVOLUTION IN SOUND - POP CULTURE AND THE CLASSICAL AVANTE-GARDE


A Revolution In Sound looks at the influence of modern classical music, the avant-garde and free jazz on pop and pop culture, during the second half of the twentieth century.

In the mid-1960s, as pop music acquired a greater sophistication and maturity, artists began to make more ambitious musical and conceptual statements. In the search for new ideas, pop began to find inspiration along the spectrum of classical music - from Stockhausen to Sibelius - and from artists who inhabited the outer reaches of jazz, drawing even on the classical music of Northern India with its roots in the antique past. The albums produced by The Beatles at their creative peak; Rubber Soul, Revolver and Sgt. Pepper; almost everything by The Mothers of Invention; The Byrds' Fifth Dimension; The Pink Floyd's debut, The Piper at the Gates of Dawn; The Grateful Dead's Anthem of the Sun; the early works of Can, Jefferson Airplane and Soft Machine; all were enriched by the assimilation of techniques and procedures appropriated from the pioneers of art music. 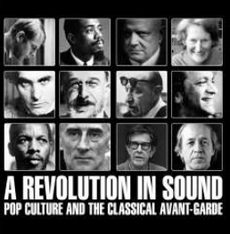