Formed in Salisbury and having had a tumultuous journey so far, Caught a Black Rabbit is the long-awaited second album from Phoria; an exquisite new body of work showcasing their skills in neo-classical craftsmanship.

With support for previous singles via Spotify's Not Quite Classical, Classical New Releases, Most Beautiful Songs In The World and many more, as well as Apple's Classicaltronics, the demand for their carefully considered work is only increasing, as evidenced by spots on Killing Eve, critical acclaim from varied music press and over 80m worldwide streams so far. Previous single Nouveau-Né found them writing from a deeply personal perspective, whereas pieces like Current mark a shift into sounds tantamount with euphoria - expertly pairing a hopeful, ascending piano line with swelling strings (a twelve piece ensemble recorded at Abbey Road). As beautiful as individual moments and songs are, Caught A Black Rabbit’s power resides in the cumulative effect. This album represents a journey – for the band as much as for the listener. Caught A Black Rabbit stands alone as a piece of art, a testament to friendship and perseverance, balancing the joy and beauty of life with death and desperation. An album which acknowledges that our time – all time – is limited. Yes we should make the most of it, yes we should aspire to achieve, but just as profound results can be gained when we pause to take stock, to examine and re-examine, living each moment as it is. A true soundtrack to the end of 2020. 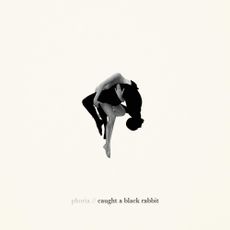