This pioneering work proved an inspiration for future generations of artists looking to free themselves from the dead weight of convention. Ligeti’s music would be used to memorable dramatic effect by Stanley Kubrick in 2001: A Space Odyssey, and Frank Zappa long-championed Varèse. When in 1967 Paul McCartney discovered just how far Stockhausen had already progressed with ‘Gesang der Jünglinge’, he encouraged the Beatles to experiment with techniques – ranging from the use of reversed tapes to the total abandonment of metre and melody – which notably reached expression on ‘Revolution 9’. ‘Stockhausen’s influence has been enormous. He invented a new kind of relationship between music’s components. He has changed our view of musical time and form.’ Pierre Boulez These composers constructed their music according to differing philosophies, systems, formulae and beliefs. What they had in common was a hunger for new sounds and soundscapes that might celebrate the rejuvenation of civilisation and point to a future where war had no place. No composer had a greater appetite for revolution than Stockhausen, who was embarking on a quest that would occupy him for more than half a century, and which would take in a whole gamut of constantly re-defined objectives – among them “point music”, “spatial music” and “multi-formula composition”. All of these unprecedented early electronic works are included in this three CD box set presentation. 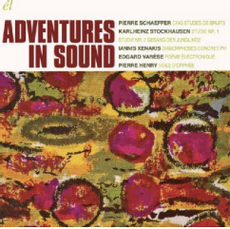