Again, the current edition of the tradition-steeped compilation series curated by Wolfgang Voigt is about the persistent and ever-necessary definition of beauty, of reduction, of electronic music of heavy lightness and light heaviness, of ambient's eternal promise of a state of physical and acoustic weightlessness and Pop's of redemption.

And about the question why a never arbitrary combination of soundscape, drones, samples and loops, put together in a certain way, can create this feeling of warmth, depth and space, - something threedimensional, where the imagination feels at home as a fish in the water or a bird in the sky. A key aesthetic stimulus that sends all the senses into a slow glide and drift, after which your synapses feel like they've been bathed in essential oil. Next to Soul, Ambient is probably the most effective musical healing plant of mankind. Behind the aural test tubes, the who's who of Pop Ambient is once again at work, led for the first time by the highly trafficked Californian duo Blank Gloss, whose debut album "Melt" this year was certified by The Guardian as nothing less than "heartaching beauty". Yui Onodera's "Chrome" as well as "Kari", a cooperation of Markus Guentner and Joachim Spieth, could also be imagined in the score of Denis Villeneuve's new film version of DUNE - however, colleague Hans Zimmer managed that quite well without the three. After such wonderful and stylish contributions by Reich & Würden, Triola and Thomas Fehlmann, the ear then lingers a bit longer on the ghostly "Weiht" by Morgen Wurde feat. Maria Estrella, a track like a temple of sound, a deep electronic immersion in a Japanese onsen. 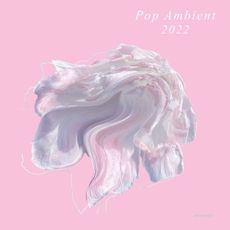