Mixing classical and contemporary sound, Mario Batkovic seeks to explore the sonic possibilities of the accordion, without effects or loops, rather through a mutualist symbiotic relationship between man and instrument.

Challenging, hypnotic and grandiose; Batkovic’s symphonic vision is unique and he has received widespread critical acclaim, including Rolling Stone magazine who voted his self-titled debut album in the Top 10 ‘Best Avant Albums of 2017’ ‘INTROSPECTIO’ is a self-questioning, self-examination of society and the meaning of sound. Featuring collaborations with electronic sorcerer James Holden and former BEAK> member Matthew Williams aka MXLX, in addition to drummer Clive Deamer (Radiohead/Portishead/Robert Plant/Roni Size), saxophonist Colin Stetson and concert choir Cantus Domus, Batkovic questions the place of sound, clichés and prejudices, taking the listener on a journey through infinite universes of sound. Musical contrasts run throughout the album. Sound aesthetics versus compositional ethics play out, it all about creation and destruction as our sound researcher creates his very own macrocosm of music and sound. Whether solo or in collaboration, ‘INTROSPECTIO’ invites us on a rhythmically pulsating trip somewhere between dissolution and new beginnings. 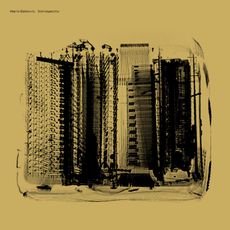