Tartelet has a knack for uncovering virtuosic, off-kilter electronic music. Max Graef—born, bred and still holding it down in Berlin's Prenzlauer Berg—is their latest artist in this mold. Though adventurous dance music is thick on the ground in the German capital, Graef's 2013 run of singles, cropping up on Graef's own Box aus Holz, plus Melbourne Deepcast, The Gym, Heist and Tartelet, continually surprised, infusing worn-in house with manic energy and acrobatic elasticity. Where many of his peers make languid, self-consciously laid-back tunes, Graef makes brilliantly restless ones. Dropping the needle on one of his EPs, you nearly expect it to pop right off again. 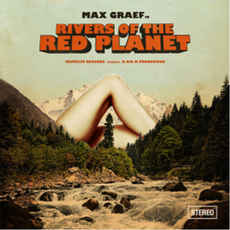