Initially planned as a small sideproject from their main work in Manual and Auburn Lull respectively, the two quickly realized their collaborative experiments merited more time and attention. Using heavily treated cavernous guitars, subtle synths, and crackling radio transmissions, their self-titled debut was released in 2012 as a double LP and established Billow Observatory as purveyors of unhurried, highly detailed ambient immersion. The release pair of II: Plains/Patterns in 2017, and III: Chroma/Contour in 2019, on Munk's own Azure Vista Records, introduced a subtle underpinning of rhythm, pulse, and stutter among the washes, expanding their sound with a hint of understated electronica. Marking 10 years since debuting on Felte, 2022 sees the release of Stareside, their most forcefully elegant undertaking to date. A record of swaying quarantine temperament, Stareside's 9 tracks thread the needle between hope and hopelessness - daydreaming whilst watching the world go mad in the blink of an eye. Not shy of overt rhythm, soaring motifs, and daunting undercurrents, Stateside veers wildly in new directions, yet keeps one hand near the record bin of comforting nostalgia (think early Warp Records, Jon Hassel, and Conny Plank to name a few). 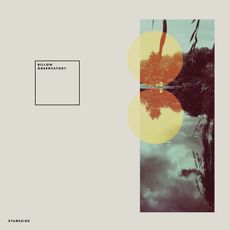