Trevor Pinnock is a true pioneer of the early music movement.

As founder and former leader of The English Concert he enjoys a longstanding relationship with Archiv Produktion and Deutsche Grammophon. Among his celebrated recordings are Bach’s Brandenburg Concertos, Handel’s Messiah and Concerti Grossi, Vivaldi’s Four Seasons, The Harmonious Blacksmith, Bach’s Goldberg Variations and Partitas. Throughout his interpretations Pinnock remains true to his core principles: favouring musicality and inspiration above musical orthodoxy. Achieving an exceptional reputation as a conductor, chamber musician and harpsichordist he has received enthusiastic critical acclaim. With his first recording of The Well-Tempered Clavier (Book 2) Pinnock explores the summit of Bach’s intellectual and contrapuntal mastery… “As I play these pieces, I feel as though Bach wrote them as much for himself as for anybody else. For the performer, each interpretation of these preludes and fugues is a stepping-stone on the path of learning as we follow the great Bach in his own quest for the infinite.” – Trevor Pinnock 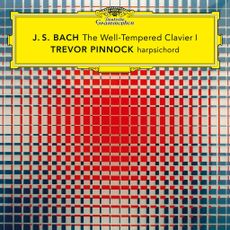