THE FIRST MINIMALIST COMPOSITION ORIGINALLY RELEASED IN 1968. FEATURING A BOOKLET WITH FULLY RESTORED ARTWORK AND ESSAY One of the great modern musical works, ‘In C’ was composed by Terry Riley. A hugely influential piece it was originally performed in 1964 in San Francisco, the ensemble performing including fellow innovator Steve Reich and electronic maestro Morton Subotnik among others. ‘In C’ was first released on record in 1968, the result of a recording session with musicians from the Centre Of Creative And Performing Arts at Buffalo University, New York. Upon its release, the album caused a sensation in the world of modern music and is now regarded as a major triumph of 20th Century composition. The work inspired composers such as Philip Glass and influenced rock musicians such as Pete Townshend of The Who and Pink Floyd. 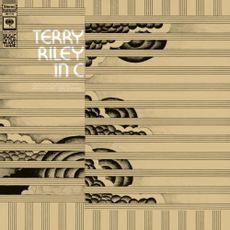