Wild Terrier Orchestra is a new project by Dimitris Papadatos, aka Jay Glass Dubs, based on interchangeability and open improvisation.

Initiated during the first lockdown, it's a flexible ensemble that consists of various collaborators who mostly work together online. A newer, freer incarnation of Papadatos’ creative intent, the project acts more like an open container of disparate and idiosyncratic contributions from a mutable cast of musicians and artists. Often times not provided according to a pre-planned structure, these contributions are actually more likely to arrive in the form of free improvisations, unconnected musical segments and fragmented splinters of sound. This allows Papadatos to aggregate all the constituent parts according to an intuitive process that bridges between the detailed craft of electronic music production and surrealist techniques such as the Cadavre Exquis and the Cut-Up. It’s both a harmonization of contrasting tones and a research for commonality within difference, although none of the wild terriers are ever nearly tamed. Unsurprisingly, the main inspiration for this new chapter came from a a pinnacle of avantgarde literature: poet Andreas Embirikos’, considered Greece’s first surrealist and all-out paradoxical figure. Specifically, this release is guided and instigated by his poem OKTANA, in which Embirikos inscribes a manifesto for a hedonistic utopia years ahead of any accelerationist theories, bursting with contradicting presences and mutating identities. Written in the aftermath of the Greek civil war, the poem calls for a time of eternal poetry and spiritual intoxication that can only be reached through a painful process of violent deconstruction. Thus, EVEN THE CHIMERA was born: a culmination of Papadatos’ decades long research on traditional Greek and Byzantine music, free jazz and free improvisation. Firmly spread between two side-long tracks, the contributions of American singer and musician Cruel Diagonals on vocal duties as well as Greek artist and musician Fotini Korre on ney suggest the existence of a filament that connects the west and the east through the creation of ‘’possible musics’’. This happens in accordance to Papadatos’ practice of a counterfactual approach to the process of what music history dictates. It is also directly shaped by the musician’s frequent dwellings in the isle of Cyprus, a land in which the clash of worlds and culture has often taken both violent and beautiful shapes. The long drones, acoustic ghosts and unbalanced choirs that form the album seem to call from the Mediterranean itself, not only from its history but also from its possible futures and unreal narrations, invoking it as a nexus of diversity and possibility. 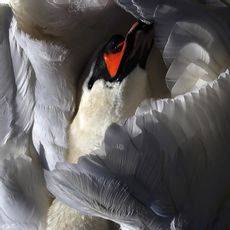