Along with contemporaries Franco Battiato, Juri Camisasca and Giusto Pio, Messina would help reshape the world of modern composition with an organic rawness and haunting beauty. In 1979, Messina was asked to perform at the Teatro Quartiere in Milan. As the composer writes in the liner notes, “Due to the limited availability of key technical features, it would have been too complicated to perform Prati Bagnati, and therefore I opted for these three pieces instead. We had never actually tried them all together, so I thought about renting a recording studio the previous afternoon. In that way, we could rehearse in a suitable place and use the opportunity to record the music on tape.” Unreleased for over thirty years, the recordings on Reflex have an unadorned, almost improvisational feel. “Untitled” (featuring Lovisoni’s plaintive flute) and “I Nuovi Pescheti” are full of meditative piano passages that lend an aura of new age, while the title track is more insistent with unfurling chords layered in real time via a reel-to-reel tape machine, resembling Steve Reich’s mesmeric phase-shifting works of the ’60s. A central figure within the Italian avant-garde, Francesco Messina gracefully expands his country’s contribution to Minimalism. This first-time vinyl release is recommended for fans of Joanna Brouk, Luciano Cilio and Charlemagne Palestine. 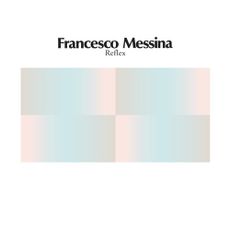