Long time Roadburners will be familiar with Dirk Serries – he has performed at the festival under various guises a number of times.

Having already hosted him with Fear Falls Burning, Microphonics, Year of No Light, Yodok III and Scatterwound already, we were due to welcome him back in 2020 with Kodian Trio. Fate had other ideas… but in with a creative spirit that never stops wandering and a thirst for experimenting, we knew that Dirk would be primed and ready to throw himself head first into a commissioned project for Roadburn Redux. Since 1984 Dirk Serries has been pushing sonic boundaries throughout a variation of styles, from the harsh industrialism of the early 80s to his current A New Wave of Jazz label under which he releases free improvised music. Well known for his take on carefully executed and exquisite ambient music, Epitaph is the banner under which he performs with an improvised approach instead. For this special Roadburn performance, he will be creating alongside Tom ARTIST: Dirk Serries, Rutger Zuydervelt, Tom Malmendier TITLE: Epitaph. Live At Roadburn Redux 2021 RELEASE DATE: 6 may 22 Cat. No: RBR074LP LABEL: Roadburn Records PRICE: £16.99 GENRE: drone, ambient, guitar, electronics BARCODE: 9508129274896 Malmendier on drums and Rutger Zuydervelt on electronics. Having already collaborated with both previously, but never in this exact configuration, we’re sure to be in for a treat. Huge harmonic drones will be infused with the abstract dynamics of drums, and the piercing, subliminal electronics to create something truly experimental and improvised. Dirk describes this performance as “the dwelling place, the moment of contemplation; a space to enter and shed off burdens”. We’re ready. 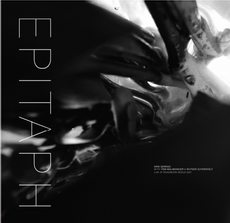