NIls Frahm opens up Nils' Farm on this sonorous longform piece that bewitches and soothes over its epic 180+minutes.

It’s an ambitious and compelling set different to anything Frahm’s released to date. in fact, it finds the Piano Day founder declining to use a piano – but at the same time retains many of the qualities that have set the influential musician’s work apart over much of the last two decades. Unfolding at an unhurried, meditative pace in a celebration of tone, timbre and texture – and thus of sound itself – Music For Animals offers an unusually immersive experience. “My constant inspiration,” Frahm explains, “was something as mesmerising as watching a great waterfall or the leaves on a tree in a storm. It’s good we have symphonies and music where there’s a development, but a waterfall doesn’t need an Act 1, 2, 3, then an outcome, and nor do the leaves on a tree in a storm. Some people like watching the leaves rustle and the branches move. This record is for them”. Music For Animals is a substantial collection that encourages listeners to bask in its tranquility at their chosen depth, demanding only as much attention as they wish to contribute. As Frahm himself happily points out, “It all comes back to that waterfall. If you want to watch it, watch it. If you don’t, then you don’t have to. It will always be the same, yet never quite the same.” Indeed, that’s Music For Animals’ greatest strength. Instantly recognisable, it’s still like nothing else. 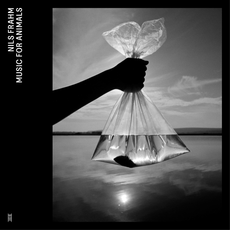