As If To Nothing (20th anniversary edition)


The award-winning Scottish composer's trailblazing 2002 sophomore album receives its first-ever vinyl release on its 20th Anniversary! This one’s pretty close to our hearts, so it's Great to see it brought back to life in such a beautiful package – they’ve really gone to town on it.

‘As If To Nothing’, Armstrong’s second solo album following 1998’s ‘The Space Between Us’, is a timeless, groundbreaking record that marries stunning string arrangements, atmospheric electronics & contemporary minimalism. From the stirring opener ‘Ruthless Gravity’ to the euphoric closing of ‘Choral Ending’. Armstrong’s collaborative work with Massive Attack on the 1994 album ‘Protection’ is an influence that can be heard throughout.

“A lot of younger acts have contacted me over the years to say how seminal the album has been to them. One of the great things is that people have never stopped listening to the album. To have it reissued and released on this first-ever vinyl package is a very special thing to me.” – Craig Armstrong 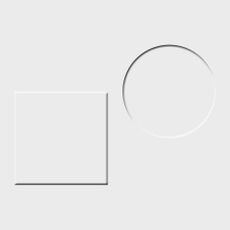