Hailing from Leeds, he knocked about with Soft Cell early doors, hoovered up 80s synthpop, got distracted by The Sisters Of Mercy, formed The Hollow Men, dropped out for a couple of decades and popped back up in 2011 with the utterly brilliant ‘We Know Where The Time Goes’ by The FLK – a folk version of The KLF’s ‘Chill Out’. Yes, it’s as great as that sounds. Judging by all that, ‘This Is Tomorrow’ should be good. David reveals that the first album he bought, aged 16, was Tangerine Dream’s ‘Force Majeure’. On clear vinyl. With a sticker. It’s a record that has impact, this is his homage. ‘This Is Tomorrow’ is like a fever dream, all drifty and floaty and hypnotisey. It comes as four lengthy tracks that sound like they should build to some of release, but never quite do. It has a kind of ‘Twin Peaks’ what-the-f*ckery about it. Odd samples, noises here, strange sounds there. ‘The Hidden Memory’ is proper flickering light bulbs stuff." - Neil Mason, Moonbuilding, Summer 2022 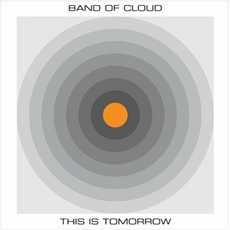