A Bit Of Previous


*** we have 1 signed test pressing to give away to a lucky winner, so simply preorder the new album on any format for a chance to win & never fear, all existing preorders are already in the hat* ***

the tenth studio album by Belle and Sebastian and their first full-length in seven years. This may be surprising to anyone following the recent life pursuits of the Glasgow 7-piece: a trilogy of EPs; a soundtrack for the directorial debut of The Inbetweeners’ Simon Bird; The Boaty Weekender – a 3000 capacity star-studded four-day music festival on a cruise liner sailing the Mediterranean; a live album showcasing the band’s present-day iteration as savvy main stage entertainers; and in 2020 a collaborative project with fans called ‘Protecting The Hive’. But in all these idiosyncratic endeavours, as intrinsic to the band’s DNA as the stage invasion at the end of each of their shows, a full-length has eluded us. A Bit Of Previous was recorded in Belle and Sebastian’s hometown of Glasgow when plans to fly to Los Angeles in spring of 2020 were scrapped due to the pandemic. Says Murdoch in the liner notes: “We did it together, us and the city. This record was the first ‘full’ LP recording for B&S in Glasgow since Fold Your Hands Child, 1999. We clocked in every morning, we played our songs, we wrote together, we tried new things, we took the proverbial lump of clay, and we threw it every day.” A Bit Of Previous is a classic Belle and Sebastian album preoccupied with songs and melodies that won’t leave your head and lyrics that can make you smile and ponder and sometimes be melancholic. The result is one the most diverse, hands-on and thrilling entries in the bands catalogue, self-produced and recorded (with contributions from Brian McNeill, Matt Wiggins, Kevin Burleigh and Shawn Everett). ‘Young And Stupid’ is a stuttering folk rock earworm that faces the passage of time with wry ennui, ‘Come On Home’ with its warm fireside piano evokes a handing over of the generational baton, while the deceptively feelgood, choir-backed ‘If They’re Shooting At You’ reads like a poignant ode to defiance and survival. A Bit of Previous is also scattered with big, occasionally delirious pop moments. ‘Unnecessary Drama’ rips through a cacophony of overdriven riffs and a droning harmonica that borders on the unhinged and is one of the band’s heaviest outings since, well, ever. The 140+ bpm ’Talk To Me Talk To Me’ is ablaze with euro synths and keyboard horns as the voices of Murdoch and Martin intertwine on a breathless chorus. ‘Working Boy in New York City’ exists in a parallel universe where the band did in fact make it to California – such is the escapist bliss of its sloping flute and bittersweet funk. On the other side of the spectrum are some of Belle and Sebastian’s most moving ballads. Tender finger-picked paean to a lover ‘Do It For Your Country’ and doo-wop-inflicted ‘Sea Of Sorrow’ showcase Murdoch’s tenor at its most bare and affecting, while Stevie Jackson contributes lovelorn country waltz ‘Deathbed of My Dreams’. So what is a A Bit of Previous? It’s a bit of everything, and a lot of what makes Belle and Sebastian so special and enduring. It’s a band tackling age and growing older with grace, irreverence, musical bravado and lyrical exactitude and emerging as an endless source of energy and reinvention. 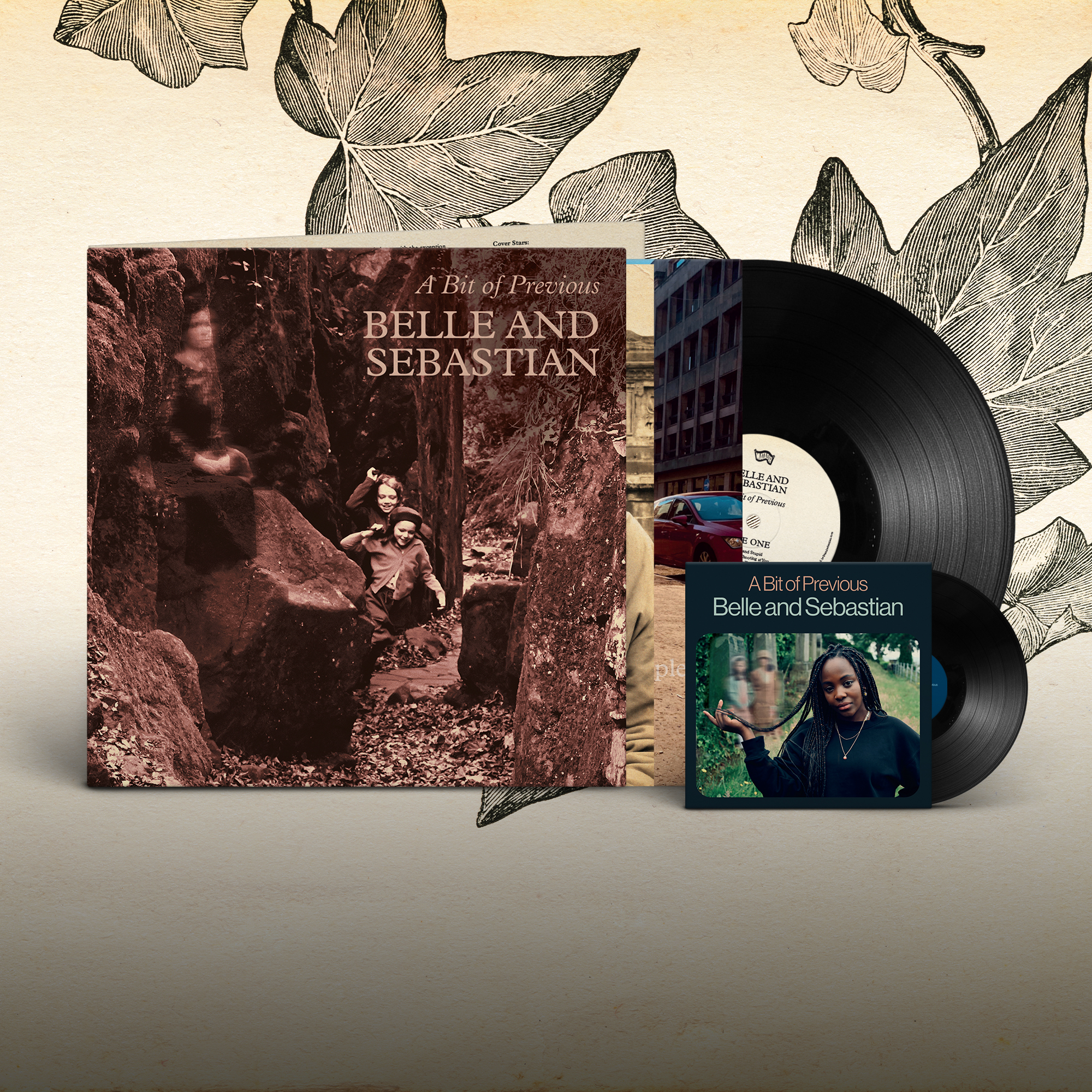 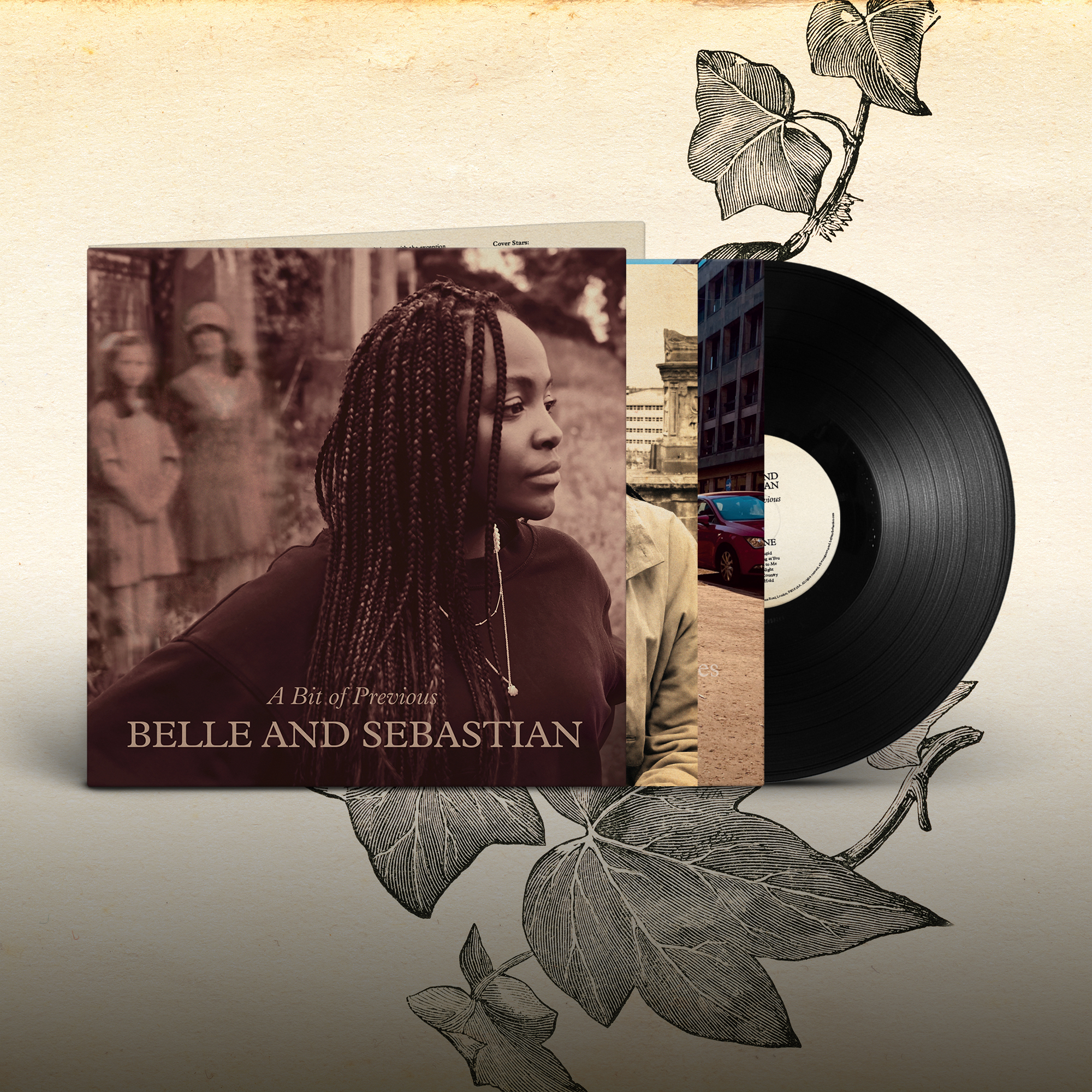