Kyros (known as Synaesthesia between 2012-2015) are considered one of the rising stars of the current Post-Prog scene.

Vox Humana is the band's acclaimed second studio album from 2016. Kyros offers an inventive sound that draws on influences ranging from Depeche Mode and Kate Bush through to modern Post-Progressive and alternative rock music such as Muse and Porcupine Tree. 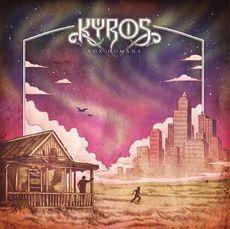