Remastered with new Liners notes and artwork, this 50th Anniversary Edition of the prisoner soundtrack features never-before included content too.

Included for the first time - the incidental library music, sourced from the Chappell music library. These tracks are included along with the original score, Plus additional takes and tracks not heard before. No fewer than three opening title themes were commissioned, with the final choice subjected to extensive revision at the suggestion of Patrick McGoohan. Original incidental cues for the series were composed by Albert Elms, Wilfred Josephs and Robert Farnon, with key episodes receiving their own score, whilst others were tracked using these same themes. In addition, dozens more pieces were sourced from the Chappell Music library, many of them as distinctive and characterful as the specially-composed cues. 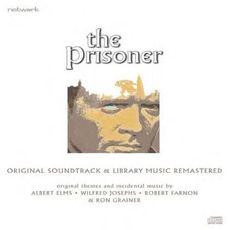