These final recordings made by Robert Fisher and his band before his untimely death in 2017 sound hauntingly prescient in retrospect, coating an eerie cosmic unity over ballads that oscillate between rootsy cacophony and restrained fragility. Whether thrashing distorted guitar strings or caressing his trusty viola, these songs are embedded with tremendous emotion and ragged beauty. The album was completed before his death but the tapes have only recently been dusted down and brought to life with the care and attention of his long-time compadre David Michael Curry. “a defiant adios from a sometimes underappreciated but often extraordinary talent” 9/10 – uncut. 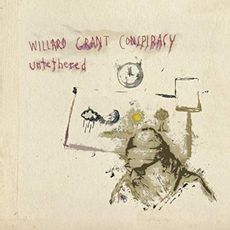