When Sulatron started again, in 2006, release number one was the second Seid album „ Creatures of the Underworld“ on CD! Later, in 2012, their phantastic debut album „Among the Monster Flowers Again“ got a 10 years anniversary edition on vinyl via Sulatron.

All is sold out in the meantime. For us, this outstanding band from Trondheim is one of the very best bands ever from Norway! Now we are proud to present you their new killer psychedelicrock album „Weltschmerz, Baby!“. The typical Seid triprock full of catchy and deep melodies, fuzzy guitars, powerful bass and drums, vintage keyboards and haunting vocals, this time in their own, norwegean language, what makes it even more psychedelic! :-) By the way: The band is existing since 25 years!!! 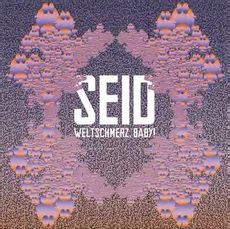