For over 15 years, Zu's modus operandi of straddling and abusing musical genres has resulted in over fifteen unique album releases across labels such as Ipecac, Atavistic and Headz (Japan).

Their experimental amalgam of metal, math, no-wave, noise and electronics, led acclaimed composer John Zorn to describe their sound as "a powerful and expressive music that totally blows away what most bands do these days". In the running for the title of "the world's hardest working band," Zu have performed over 1000 shows throughout Europe, US, Canada, Asia, Russia, Mexico and even Africa, touring with the like of Mike Patton (as the Zu/Patton quartet), also sharing the stage with Faith No More, Fantômas, The Melvins, Lightning Bolt, Sonic Youth, The Ex, and countless others. They have also collaborated with a vast number of musicians including Mike Patton, The Melvins, Dälek, Jim O' Rourke, FM Einheit (Einsturzende Neubauten), Peter Brötzmann, Nobukazu Takemura, Eugene Robinson (Oxbow), Steve MacKay (The Stooges), The Ex, Thurston Moore, Stephen O Malley, Damo Suzuki (Can), Mats Gustafsson, NoMeansNo, Joe Lally (Fugazi). CARBONIFEROUS is their masterpiece, originally released on Ipecac in 2009, it includes collaborations with Mike Patton, King Buzzo, Giulio Ragno Favero. 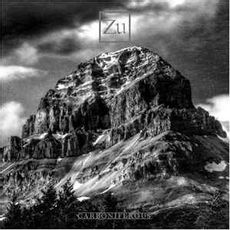