Back in 2019, Electric Moon played their 2nd show at Freak Valley Festival and had the honor, to be filmed and recorded by the Rockpalast (german cult music TV-show!) Crew.

Here you get the whole concert, wild and raw and full of energy. Plus a bonustrack: the acoustic session taken from the Rockpalast-Interview. Sula with a acoustic guitar, Lulu kind of bass on a acoustic guitar and Pablo drumming on Lulu's acoustic guitar. Fancy. The concert shows the typical Electric Moon sound in long, wild and monotone rides, followed or/and interrupted by emotional pinnacles and melodic parts. This show was like wild state of the moon-sea (yes, on the electric moon there IS a sea, dang!) and tosses the listener back into those heaving crowds at the concert. But also those who weren't there back then will experience it, cause of the stream and TV broadcast by the legendary Rockpalast and this CD release! :-) Responsible for the sound is Falko Schneider of the „Institut für angewandten Krach“ (IfaK), who mixed the live-concert and mixed the multitrack-soundfiles, to get as close as possible to the atmo and the wall of sound of the show itself. Over one hour instrumental intensity at the edge, fervor and devotion, an ode to the live-music. Rare seeded these days, now the live-music comes on a record at least. Lean back, relax and enjoy. Good Flight! 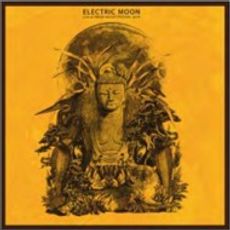