At the dawn of the internet, Ian Gomm self‐released an album of previously unreleased and hard to find recordings by his old group Brinsley Schwarz called, appropriately enough, ‘Rarities’.

Taking our inspiration from this long out of print album, we asked Ian Gomm to dig deep into his archive to see what other gems he might have. ‘Last Orders!’ is the result of his search. The album contains some of the earliest recordings the band made for radio and television, outtakes, rehearsals, home recordings and much more. ‘Seymour (I Love You)’ is a previously unreleased instrumental that date’s from 1970 and is followed by a broadcast version of ‘Funk Angel’. ‘Indian Woman’ is another previously unreleased song that dates from the same period and reveals the band’s early heavier influences. ‘The Old Country’ first appeared on the ‘Rarities’ album and signals a change in direction to a more laidback country rock sound that would become the hallmark of their ‘Silver Pistol’ album. It’s followed by several recordings from the Silver Pistol period including alternative versions of the title track, ‘Unknown Number’ and ‘That's What It Takes’. ‘She's Got To Be Real’, with vocals from Ian Gomm, sees Brinsley Schwarz change direction again with a more soulful vibe that the band successfully blended with country rock to create their own unique style. 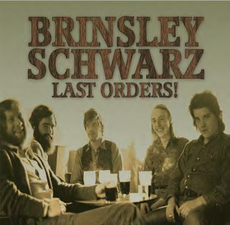