Strobe formed in 1990 and played their first gig in November of that year at a local pub in Hitchin, just north of London.

In 1991, after a great live review by the Melody Maker, they started releasing several albums on different labels. In 1994 Strobe decided to record an album with a ‘live’ feel. They recorded this material at the Bunker Studios in Bedford. It was recorded in one session in an empty rehearsal totally live with no overdubs. It is more representative of the band’s sound than any of their studio albums. We at Sulatron love the raw sound, the 3-Guitar-lineup, the catchy melodies and the great atmosphere in the music and recordings in general. This Album was never released before! 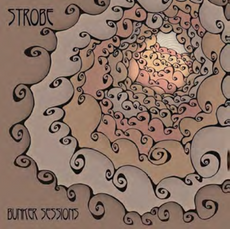