album follows a pair of startling EPs, and comes as The Lazy Eyes prepare for some high

profile tour support alongside The Strokes next year. Songbook ramps things up a notch,

and it's led by bruising new single 'Fuzz Jam'. 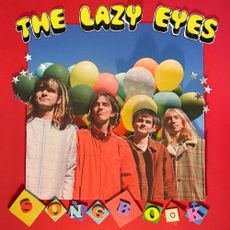