On their debut album The Ailing Facade, AEVITERNE look beyond the destruction of flesh or the punishment of the spirit, instead turning inward to focus on the abyss of consciousness itself: the curse of sentience; the futility of productivity; the breakdown of consensus reality; humanity’s twin drives to propagate and destroy itself, locked in permanent perverse competition.

AEVITERNE formed in 2015 as a vehicle for guitarist and vocalist Garett Bussanick to continue exploring some of the musical ideas his previous band Flourishing pursued, particularly the fusion of death metal with rhythms and textures inspired by harsh post-punk and industrial music. Bussanick, Flourishing bassist Eric Rizk, and drummer Ian Jacyszyn (Miasmatic Necrosis) unveiled the Sireless EP in 2018. The years since that brief but powerful introductory statement were spent not in dormancy, but in painstaking composition and relentless experimentation in pursuit of the densely textured, multifaceted sound of The Ailing Facade, and also saw AEVITERNE’s lineup expand to include guitarist Samuel Smith (Artificial Brain, Luminous Vault). The result is an album that plunges listeners into hellish headspaces of dread, anxiety, and unease through dynamic songwriting and deliberate, nearly narrative sequencing rather than effects pedal abuse, made even queasier and more disorienting through subtle electronics and additional layers of percussion, culminating in the instrumental title track and epic closer “Dream in Lies.” Immolation’s harsh technicality and the psychedelic menace of Godflesh can serve as reference points, but don’t fully capture the all-devouring alchemy of The Ailing Facade. 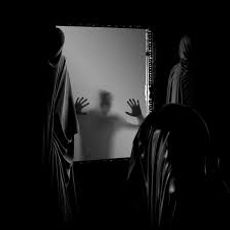