the sparkling debut full-length from the indie electronic outfit fits nicely next to such contemporaries as mgmt, passion pit & phoenix. their 80s synth-meets-60s psych pop sound has been buoyed by the online buzz surrounding the band's insanely addictive single ‘pumped up kicks’, (2011’s answer to peter bjorn & john’s ‘young folks’). they have crafted a batch of catchy, electro-lite dance-pop that moves from the aforementioned anthem, to the hypnotic disco hop of ‘call it what you want’. equally compelling are such deep cuts as the yearning, melancholy ballad ‘i would do anything for you’ & the foot stomping arcade game-sounding anthem ‘houdini’. burning with an intensity somewhere in between early evening rave-up & late-night club afterglow, ‘torches’ is a beacon of melodic dance-pop love. 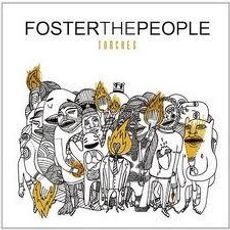