their debut brings a dose of the west coast to the hard streets of philadelphia.

it’s all very springsteeny or dylany but at times it veers into the proggier moments of mgmt or the psychedelic, spacey drones of spacemen 3 just to keep it all mixed up a bit. walls of guitar (acoustic, electric & 12 string) douse each track of this album, threatening to cast the band into space rock territory but the melodies & sing-along lyrics, keep these songs from blasting into the esoteric beyond. this is an absolutely fascinating & inventive album that gets better & better with every listen. for fans of the walkmen, midlake, sunset rubdown or hidden cameras. highly recommended. 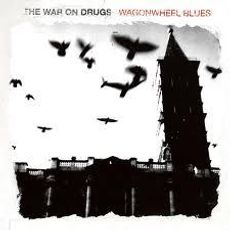