Right from the get-go, 'Wu-Tang Forever' is an outstanding and defining Hip hop record that's built to last.

Hitting the number one spot in the US Album charts, Wu Tang's second album 'Wu-Tang Forever' (1997) followed up on the massive success of 'Enter The Wu- Tang'. With more elaborate production, soundtrack style violins & synths and the addition of protegee Cappadonna, the gang continued to tell stories about ghetto life, hoochie mamas and getting high as a kite. Standout tracks are "Reunited", "For Heaven's Sake" & "Visionz", with their slightly off-beats and inventive use of samples, with great narratives to boot. 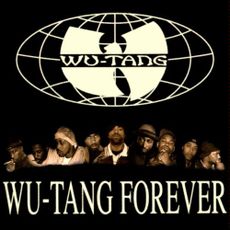