lp reissue of the knife’s 2nd album; if the vibrant pop of 'deep cuts' was like the northern lights, then 'silent shout' is a sunless, vast expanse of tundra.

a much darker, more ambitious set of songs than the knife's previous work, the album finds the dreijers stretching their sonics & downplaying the overt poppiness of 'deep cuts'. karin dreijer's vocals are more striking than ever; treated as another instrument in the arrangements, they're layered, pitch-shifted, & tweaked until there's almost nothing left but tones & emotions. many of the album's songs have a hushed, eerie intensity, but silent shout also sets off flares of emotion against its frosty backdrops. the knife's most compelling work yet. 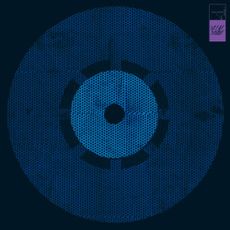